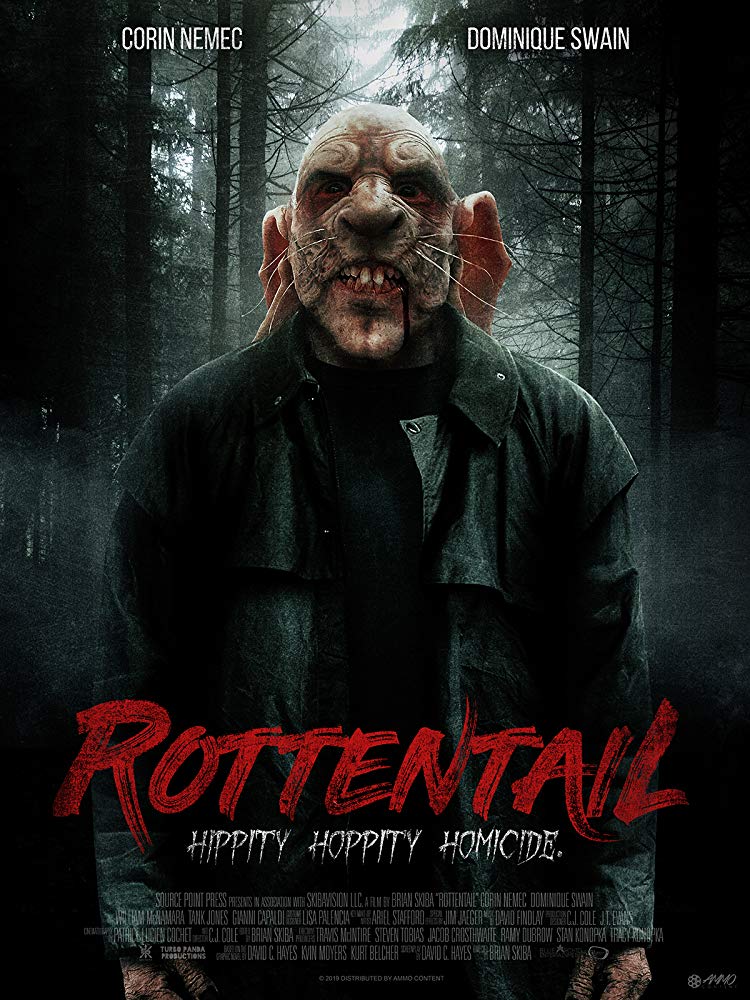 It is either going to become a reason for you to have laughter fits or it will keep you up at night. Yes, we are talking about Rottentail.

Rottentail is a horror comedy movie which is based on the famous novel that came out with the same name ‘Rottentail’.

This Easter movie is coming out this year on April 12, just a few days earlier than Easter and we couldn’t be happier.

This ideal movie is written by David C. Hayes along with Brian Skiba, who happens to be the director of the film.

The movie revolves around a scientist who goes by the name of Peter Cotton. An incident takes place where he is bitten by a mutant rabbit, which turns him into a Rottentail.

He goes out on a hunt to kill everyone who has treated him wrongfully.

On the occasion of Easter, he goes to his hometown and causes a havoc in the Easter Parade.

The roll of scientist is played by the Corin Nemec. Alongside Corin Nemec, Dominique Swain plays a negative yet funny role in the movie.

There are two Worldwide premiers that are going to be held in the following places;

The East Coast World Premier is going to allow only the invited personals to join the show. Apart from this, first 50 members are going to be let in on first-come, first-serve basis.

in the West Coast world premiere, the cast of the movie is going to walk down the red carpet. Director and producer of the movie will be surely coming to this Premiere.

This movie is a blend of comedy with horror, just to spice up the occasion of Easter.

Enjoy this movie as a pre-snack for Easter 2019.