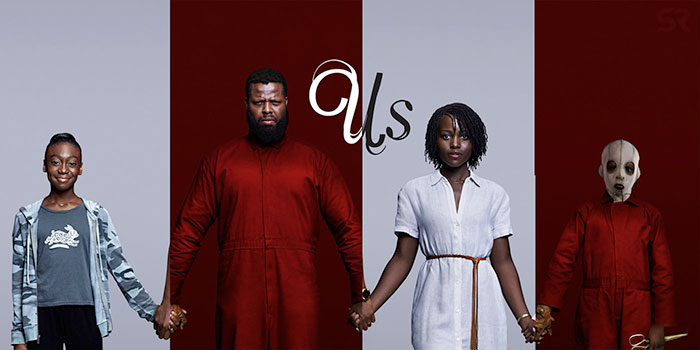 There have been major talks about the movie ‘Us’, after the show received a great response from the viewers.

Many people went to watch Jordan Peel’s movie Us and if you are one of them then you’re surely reminiscing different scenes of the movie right now. No matter how much you try, you won’t be able to find the insane connection Easter eggs had in Jordan Peel’s movie.

Usually the indication of Easter eggs is easily caught by the viewers but this time Jordan Peel’s movie took it to a whole another level.

Even though you might have found some Easter eggs hidden in the movie, but some of them in the movie have deeper meanings. About Easter movies on Netflix, we already discussed about best movies.

To help you catch-up, let’s discuss some of them here:

The opening scene of the movie shows a little kid watching television in the old 80’s.

To be specific, the kid is watching the promotion done for the Hands Across America. Hand Across America was a fundraising stunt that was pulled to draw attention towards to the needy people.

it is not confirmed as to why we are seeing it, but the tapes that are around the television in the movie are more interesting.

there is a tape named ‘The Goonies’ in the collection around the television. The Goonies was a horror movie about a kid who goes around roaming around the tunnels.

there was another tape by the name of ‘C.H.U.D’ in the collection, which is about the monster living in the tunnels.

Do you see a connection now? 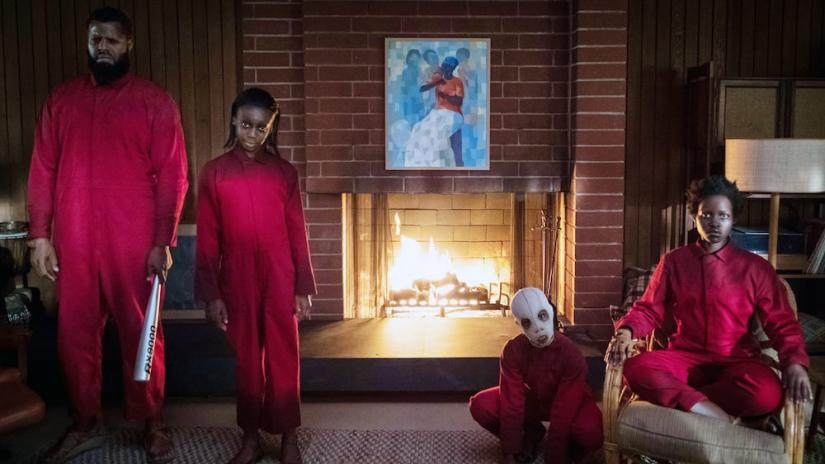 The opening scene of the movie shows a scene which dates back to 1986.

It shows the scene where Adelaide arrives on-screen for the first time. She is a beautiful daughter of a very caring father, who is trying to win the competition in the carnival and luckily wins her a prize.

The winning prize turns out to be a Michael Jackson shirt which he is wearing in the video of the song thriller. Thriller is still one of the most sold albums in the world.

The connection between the movie Us and the famous song of MJ Thriller is present in the movie. The song Thriller had a theme in which Michael Jackson played a character of a man as well as a monster, which is quite similar to the theme of the movie.

Connecting the dots, yet?

Soon enough after Adelaide wins the Michael Jackson shirt, her mother makes a reference that there is a movie show that is taking place in Boardwalk and they should try it.

Even though it sounds as a random gesture

Remember, it’s 1986 and the scene is taking place in Santa Cruz.

It is exactly the time when the shooting of ‘The Lost Boys’ would have been taking place in Santa Cruz because it was released the very next year i.e. 1987.

The Shinning is one of the creepiest movies of all time, thanks to Stanley Kubrick.

To show respect to a one of its kind horror movies, Jordan Peel recreated the creepy twins in his movie. The family which goes by the name of Tylers, has twins i.e. Becca and Lindsey.

Becca and Lindsey are not the only twins in the movie and it could have been any one of those twins who killed the first normal character.

If you can’t contain your curiosity, we recommend you watch this movie.

Us– movie has many scenes where there have been countless references around which the theme of the movie itself has been built. Another one of those scenes is;

The beach scene in Santa Cruz where the son Jason is wearing Jaws t-shirt.

The connection is evident, when you see Adelaide is enjoying her time at the beach when she acknowledges that Jason has disappeared from the beach.

This is exactly what happens in the movie Jaws with Roy Schneider.

All the other scenes are pretty self-explanatory but the link with Alice in Wonderland is a bit shaky.

In the movie Us, rabbits have been an important symbol and we saw more than once that tethered fed on these little furry animals.

You must have also come across the scene where, Zora is wearing a t-shirt with a rabbit printed on the front.

Let’s help you remember it,

The scene starts something like this, Adelaide finds herself trapped in the room of mirrors and opens the door that leads to tunnels. As soon as she opens the door, she sees a rabbit coming out and she goes down the rabbit hole.

Ring a bell? Yes, definitely it did.

These were some of the most strongly linked references to Easter eggs around which the movie was built.

If you haven’t already seen the movie, this should be your first thing to do before Easter 2019.