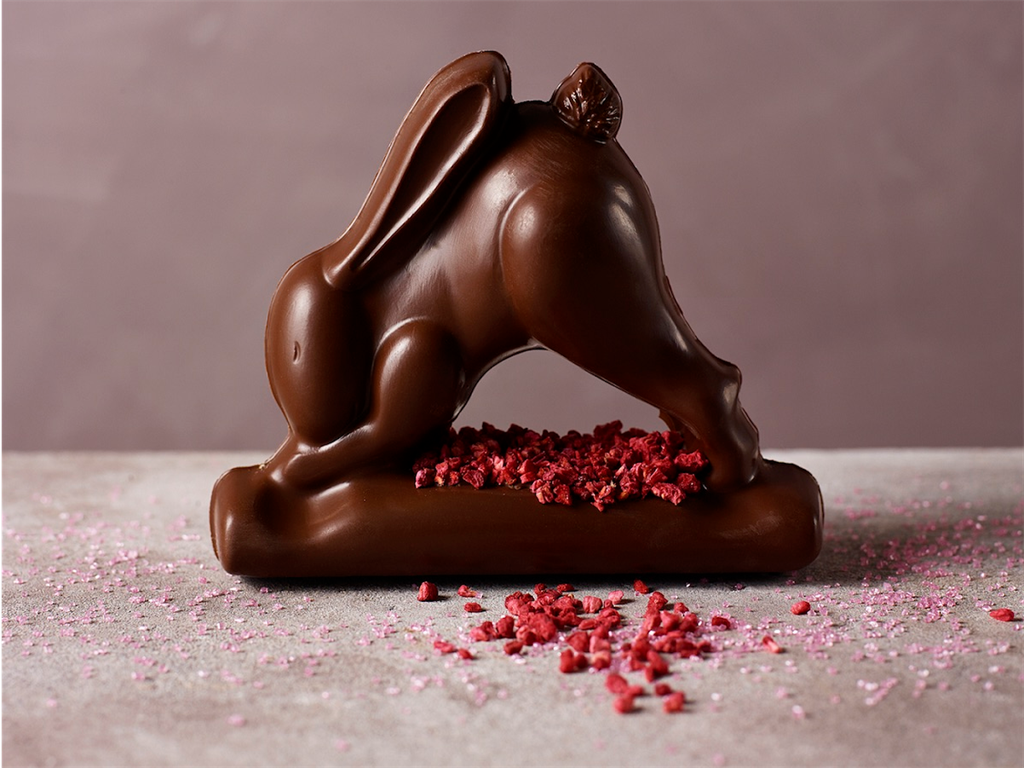 A famous British company by the name of Marks and Spencer(M&S) has been the hottest topic for a lot of social media influencers lately.

The latest Easter chocolate bunny that is made out of milk chocolate is shaped like a bunny in a dog- position. It is being sold by worldly famous company i.e. Marks and Spencer.

the Easter bunny seems to be in a downward dog position which is also called a yoga position. This yoga position in which the legs are straight perpendicular to the body, is widely recognized in the world.

As soon as the British company-Mark and Spencer started selling this product, a hell broke loose on social media.

Some are giving it a name of sexual nature while some are calling it a roguish product, but the social media influencers are not taking it lightly.

A humorous account which goes by the name of Tiny Head posted a picture of this snap along with a hideous caption indicating that, no one would be able to buy this product with a straight face.

Another account on twitter by the name of Mike commented on the product by calling it a product of sexual nature.

An interesting comment made by a twitter user Amberoosuggested, that M&S produce a suggestive Easter product every year.

Wonder what the previous ones were!

Mark and Spencer don’t usually reply back to these kinds of comments on social media,

this time it went too far, to which M&S confirmed that the Easter candy merely represents a bunny in a yoga position.

as much as this whole incident makes a good story, it is wrong to mock a company’s product like this.

On the other side it makes us wonder;

What if it was a publicity stunt to promote their product?

Whatever the case, Happy Easter 2019!